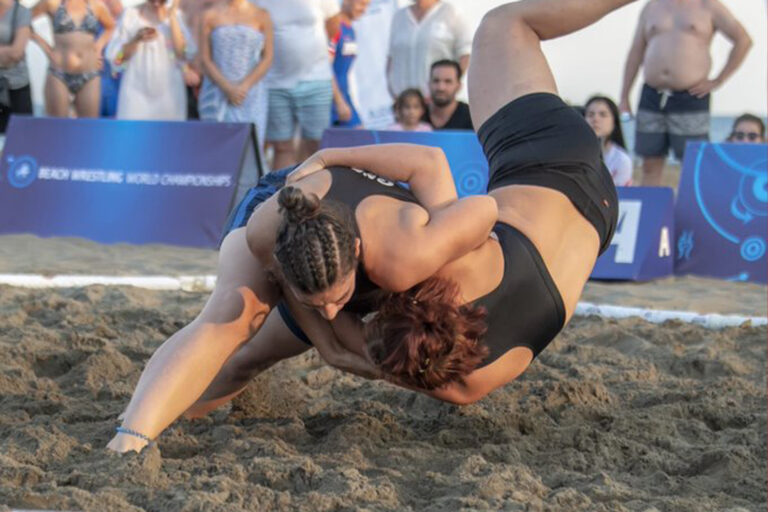 If you are involved in a wrestling club, offering beach wrestling may be a great way to grow your club. Personally, I’m integrating the style into my club’s summer training schedule as a funnel to acquire new athletes into the program. As well, I hope to retain current members within our club’s summer wrestling opportunities. There’s really nothing you have to teach differently, just an understanding of how scoring differs from other styles – which is very simple. You can easily introduce beach wrestling to your athletes in your wrestling room before moving to the sand. If there are no beaches where you live, you could check out places that have sand volleyball courts that you could practice at.

Below is a good start to learning more about Beach Wrestling, full content originally posted on FanaticWrestling.com.

Beach wrestling is on the rise in the wrestling community. If you are wondering what it is, the name pretty much sums it up: it’s wrestling in the sand and competitions usually take place at the beach.

Beach wrestling might sound like a new variation of our sport, but it has been recognized by United World Wrestling since 2005. In actuality though, wrestling in the sand was how the sport of wrestling was first done before there were wrestling mats and dates back thousands of years.

Why Should You Try Beach Wrestling?

Well first off, it is a great way to get more experience in a fun way. Because you are in the sand, most wrestlers aren’t doing a lot of takedowns that would require their faces to be in the sand, so there is a lot of upper body throws and set ups done. This will force you to broaden your avenue of attacks and this will hopefully make you a better wrestler out on the mat. Plus, the matches are only three minutes max so you don’t need to be in great shape to compete.

Another reason you should try beach wrestling is because it is fun. In the sport of wrestling, it is easy to always think about working hard, accomplishing goals, and winning matches, and all of that is very important, but one thing that can sometimes be lost in all of that is the fun aspect of wrestling.

Beach wrestling is a good way to get out of the wrestling room and have fun at the beach doing something you already love to do. You can pretty much guarantee that whenever two or more wrestlers are at the beach there are already matches going down in the sand, this just gives it official rules and gives you more opponents, and when it is all over, you get to go jump in the water to cool off.

Beach wrestling is a really fun and different way to compete, and every wrestler should check it out!

Competition:
On sand, inside a seven-meter diameter circle. Standing position only – no ground wrestling.
1 period, maximum of 3 minutes. The first athlete to 3 points wins the match.

3 points are awarded to:
• The wrestler who manages to expose his opponent’s back to the ground during a takedown or a throw.

Tiebreaker Criteria:
If there is a tie at the end of the match, the following criteria will be used to declare the winner:
1. Last point scored
2. Weight of the athletes*
3. The lowest (smallest) number pulled during the draw/rank
* Their weights (at the official weigh-in) will be checked and the lighter (lightweight) one will be declared as the winner.

Illegal Actions:
Cautions for illegal actions award 1 point to the opponent up to a total of 3 points during the same match, which results in the end of the match.
• Holds causing dislocations
• Neck cranks
• Biting, punching, kicking, head butts, malicious cross faces
• Eye, ear, or nose gouging, fish hooking
• Pulling of hair, nose, ears, or attacking the groin
• Standing throws onto the head or neck (spikes)
• Coating the skin with any kind of greasy or slippery substance
• Stopping the match or leave the competition area for any reason
• Pretense of injury 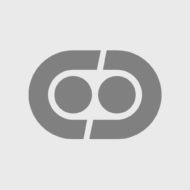 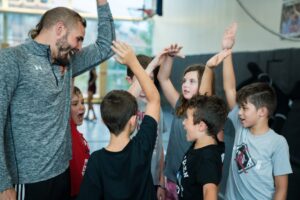 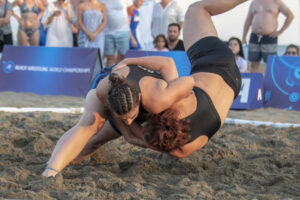 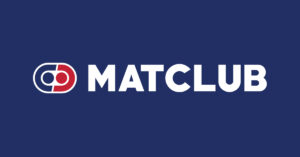 Search wrestling clubs, tournaments, camps and clinics, or our growing library of educational articles, audio and videos. Get Your FREE Team Site Now!

Search wrestling clubs, tournaments, camps and clinics, or our growing library of educational articles, audio and videos. Get Your FREE Team Site Now!